EMU PLAINS JUNIOR RUGBY LEAGUE CLUB, in the Penrith Panthers region, is a proud club with well over 50 years of footballing history. The club fields both Junior and Senior teams with players starting as early as 4 years old. Emu Plains has produced multiple top grade NRL players. Luke Rooney (1989–1995), Trent Waterhouse (A Grade 2001), Tulsen Tollett (1988–1990), Andrew Ryan (C Grade 1995), Shane Rodney (U/17 2000), Danny Galea (A Grade 1996-1998) Chris Levy (1990–1995) and Hilton Sheens (cousin of George Sheens, grandfather of Tim Sheens, Percy Dukes local cricketer and all round sportsman ) can all claim an Emu Plains JRLFC origin. With a newly formed partnership with Mounties RLFC, the current feeder club for NRL Canberra Raiders, Steve will have lots of opportunities to impress and play at a higher level.

Former Pro Football Player and current Western Canada & Alberta Broncos Rugby League winger, Steve is known in the League community for his phenomenal speed and exciting stepping abilities. “I’m thrilled for this opportunity…I would like to than Mr. Paul O’Keefe for helping secure this opportunity and Mr. Lawrence Ross for introducing me to this fantastic game!”. Whilst excited Steve is measured in his approach, “Playing professional Rugby League would be phenomenal, however ultimately I hope to come back to Canada a better rugby league player and secure a position on the national side”.

Steve will arrive in Sydney early in January to get fully involved in pre season training. We wish him all the best and will follow his progress with great enthusiasm! 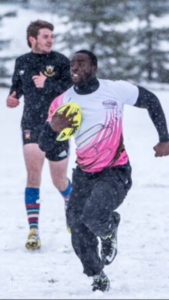 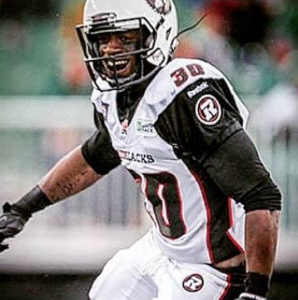