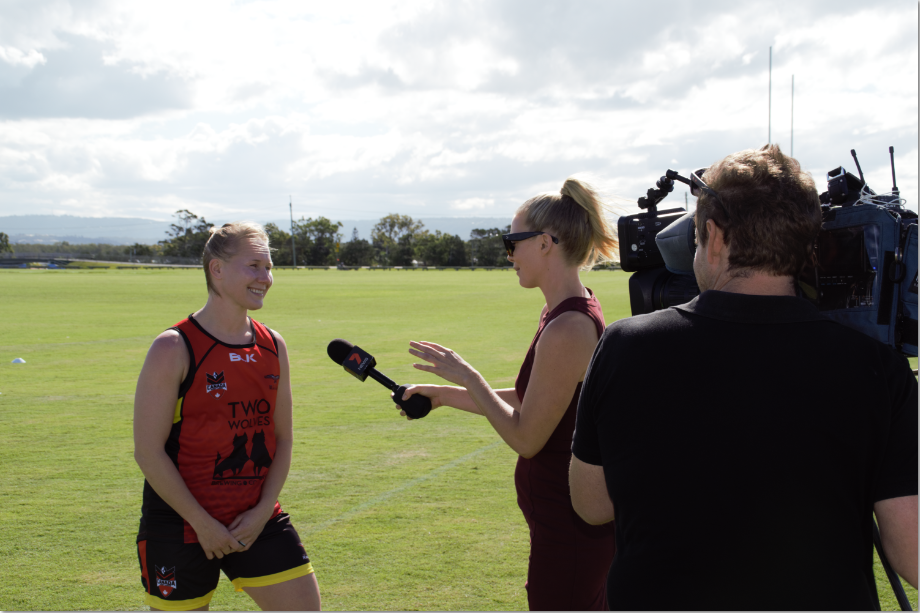 Canada Ravens Head Coach, Mike Castle, has named Mandy Marchak to be the inaugural captain of the Canada Ravens for the 2017 Rugby League World Cup.

Marchak is an ideal choice for captaincy as she has already represented Canada’s Rugby Union side in three world cups and two Rugby 7’s World Cups, so she is well aware of the challenge of competing against the world’s best.

Marchak has already taken a significant leadership role off the field in the lead up to the Rugby League World Cup, assisting Castle and his support team with logistics and planning for their trip to Australia.

“Mandy’s experience on the world stage is unparalleled after playing Rugby for Canada in 5 World Cups.”

“She proved to be a natural leader within the squad during our camp in Vancouver last month,” Castle said.

Marchak has been humbled by the announcement and is ready to lead with both actions and words, saying “It was a complete honour.”

“I really hope I can supply confidence and leadership for the team on this historic journey.”

“This team has a large amount of talent, even with our lack of experience, we have shown a lot of growth in a short period of time, so I am excited to take on this opportunity and challenge handed to us, very excited!”

“As much as I have been named Captain, we have a handful of leaders, so when given the opportunity to lead I am ready, but also to follow,” Marchak said.

Marchak will be supported by the Ravens leadership group consisting of Mackenzie Fane, Stevi Schnoor, Kathleen Keller and Andrea Burk, all of which had represented Canada’s Rugby Union side.

“Mackenzie, Stevi, Kathleen and Andrea will utilize their experience, professionalism, and commitment to help Mandy and the coaching staff establish a world class culture within the team,” Castle stated.

Canada Rugby League would like to congratulate the leadership group and look forward to seeing them take charge in Canada’s first ever Rugby League World Cup appearance.