Canada u17s created a new chapter in rugby league history on Saturday in Kingston, Jamaica when the “Junior Wolverines” faced Jamaica u17s in the first ever youth international test match played in The Americas region.

After an intense opening 10 minutes of hard-hitting defence thwarting end to end opportunities for both teams, Canada co-captain and hooker Tommy Blackburn finally broke the deadlock to score the first try of the game with an arcing run out of dummy-half, selling an outrageous dummy before scoring between the posts. Max Radcliffe converted to take Canada into a 6-0 lead.  Mid way through the first half, big Ontario prop Evan Bryant-MacKay bulldozed his way over to take the lead out to 10 points to nil with the conversion unsuccessful. However, Jamaica kept pushing and Canada’s defensive line was tested time and time again. Jamaica were finally rewarded with a well-deserved try before the half, with a fantastic 40 metre effort on 1st tackle from a scrum. The Jamaicans moved the ball quickly to their left edge taking full advantage of the wide pitch and the Jamaican left wing Romaine Dunn showed a clean pair of heels racing 40 metres down the wing to score in the corner and send the Jamaican crowd into a frenzy. The first half ended with Canada leading 10-4, a fair reflection of the territory and possession the Wolverines had secured over the Jamaicans.

Canada again managed to score first in the opening few minutes of the second half with the industrious full-back Zach Bain capping a fine performance with a well worked try converted by his Abbotsford club mate Connor Byron. At 16-4 Canada began to press the Jamaican line and prop Hunter Grant and half-back Connor Byron both had tries disallowed. Quinn Ngawati co-captain and Canada’s Man of the Match led an immense defensive effort with some huge hits as well as numerous charging runs up the middle, tiring out the well-organized Jamaican defence.  With little room and opportunity through the middle of the Jamaican defence, some great shape and a well worked play from just inside the Jamaican half gave Zach Keen, the Canadian left winger enough space to score a spectacular try to increase the Wolverine’s lead to 20-4 with the conversion from the sideline unsuccessful. Ari Stan, the Wolverine’s centre secured a Canadian victory 10 minutes from time with a wonderful solo effort, scooting from dummy-half and taking advantage of the tired Jamaican defence, to give Canada a 24-4 victory.  The Canadians proved to be too well organized and strong defensively, consistently putting 3 to 4 players into the tackle. However, the Jamaicans never gave up and played with a ferocity and physicality right until the final whistle. Canadian second rowers Israel Bain and Ronan Clark were industrious throughout the game, making big metres with the ball and worked tirelessly in defence.

The result capped an incredible 10-day tour of Ontario & Jamaica, where the first ever Canadian Junior Rugby League team remained unbeaten.  The tour consisted of victories over Ontario (50-10), the youth Test Match against Jamaica (24-4) and being crowned overall champion of the Jamaican u19s “Nines” Tournament.

JRLA director of rugby, Romeo Monteith, commented: “Canada were deserving winners, they played organized and stuck to the simple tasks despite taking some heavy knocks. We played well in patches however an inability to move the ball around the park greatly affected our chances.”

Canada Wolverines cannot thank Jamaica Rugby League enough for the wonderful hospitality and smooth organization provided by Romeo Monteith and his support staff in providing a first class tour and rugby league experience for the Canadian u17 team. This is just the beginning of an incredible relationship between the two countries and we look forward to many more fixtures at both junior and senior levels. 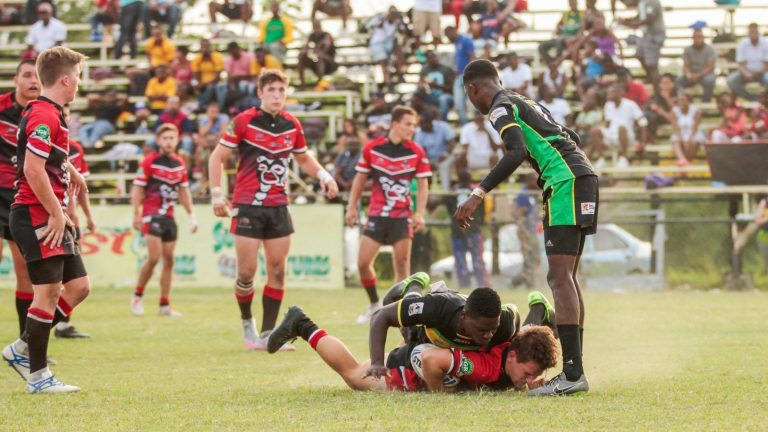 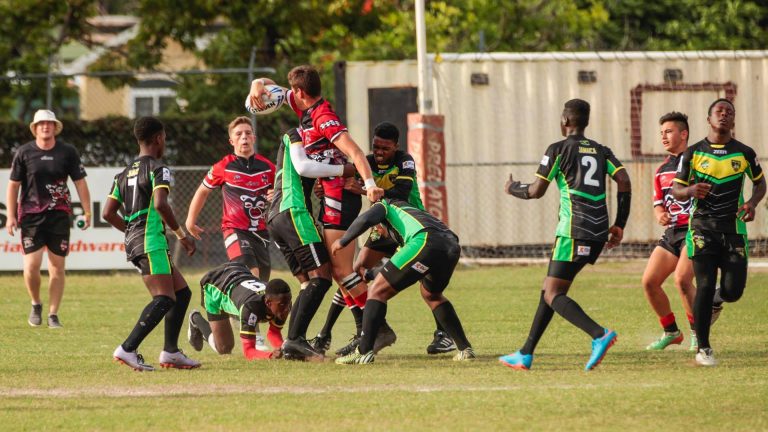 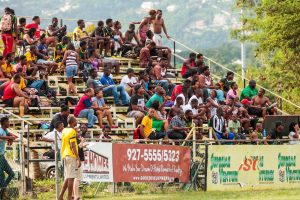