South Wales Ironmen enjoyed their first win under their new name after changing from the name “Scorpions” recently.

In a game that saw the Ironmen score 10 tries before having Ontario cross their line, The Ironmen proved too strong for a gallant Ontario team.

The first 13 minutes was a solid battle but then 5 tries before half time had the Ironmen racing away with the game at 28-0. The 2nd half saw the scoreboard keep ticking over after another 5 tries from the South Wales tourists. With the score at 54-0 after 65 minutes the Ontario team crossed the try line with big forward Denny McCarthy scoring his team’s lone points for the evening. It was unconverted so the score remained 54-4 until the 72nd minute when one last converted try to the Ironmen had the final scoreline at 60-4. Outstanding Ironmen player Josh Stafford-Smith scored the last try to take his tally up to 4 tries for the night.

Everyone was impressed with the skills that were shown by the very young South Wales Ironmen squad and makes for an exciting game on Saturday when Canada East takes on the tourists. A much more experienced team from Canada East will on show and they are sure to test the young Welshmen at Lamport Stadium 7pm. 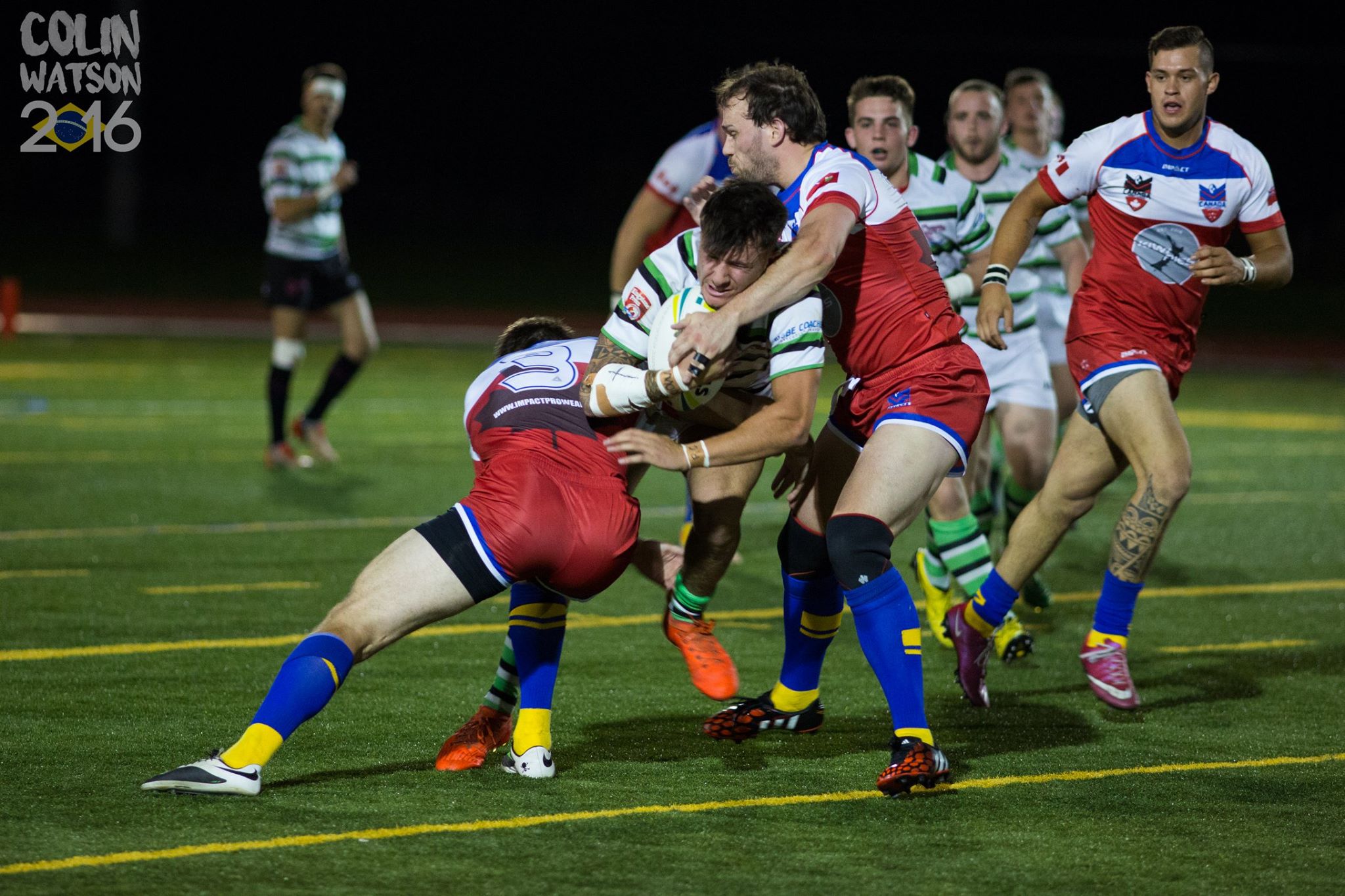