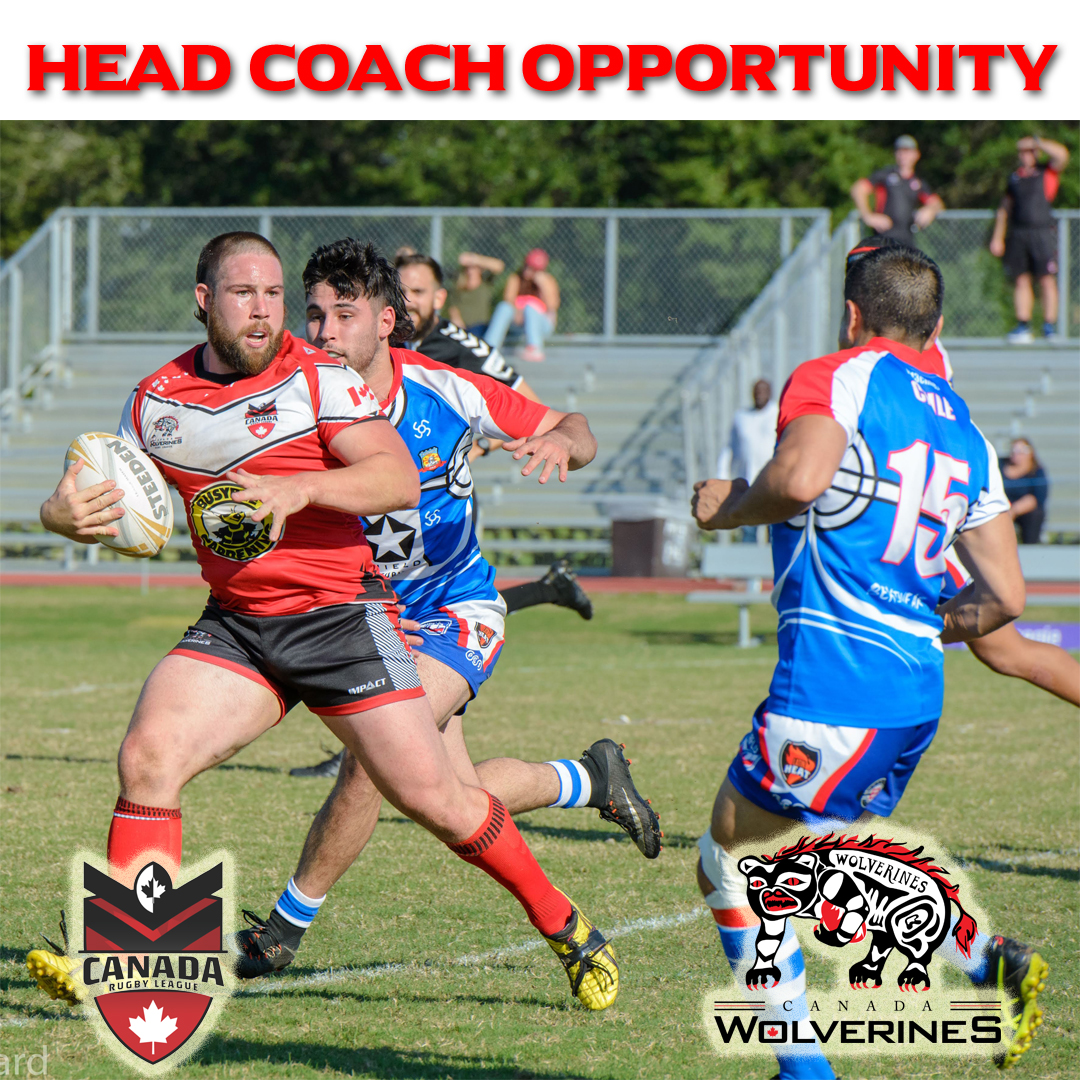 In preparation for the the proposed 2020 Americas Championship this coming November in Kingston, Jamaica, the 2021 Americas 9’s Championship in Jacksonville, Florida in May 2021 and the 2025 Rugby League World Cup Americas Qualifiers that are scheduled to be held in November 2022, the Canada Rugby League Association (CRLA) invites suitably qualified candidates to apply for the position of Canada Wolverines National Men’s Team Head Coach. Further details are available in the Job Description below, which can also be downloaded by clicking on the following link; Canada Wolverines – Head Coach Job Description.

Candidates will be subject to the CRLA Screening Policy which requires the provision of two references.

As it is considered possible that the Canada Wolverines National Men’s Head Coach will come into contact with vulnerable persons (e.g. players aged under 18), vulnerable sector or similar police checks (from all countries that candidates have resided in since reaching age 18) will be required prior to appointment.

ABOUT THE CANADA WOLVERINES