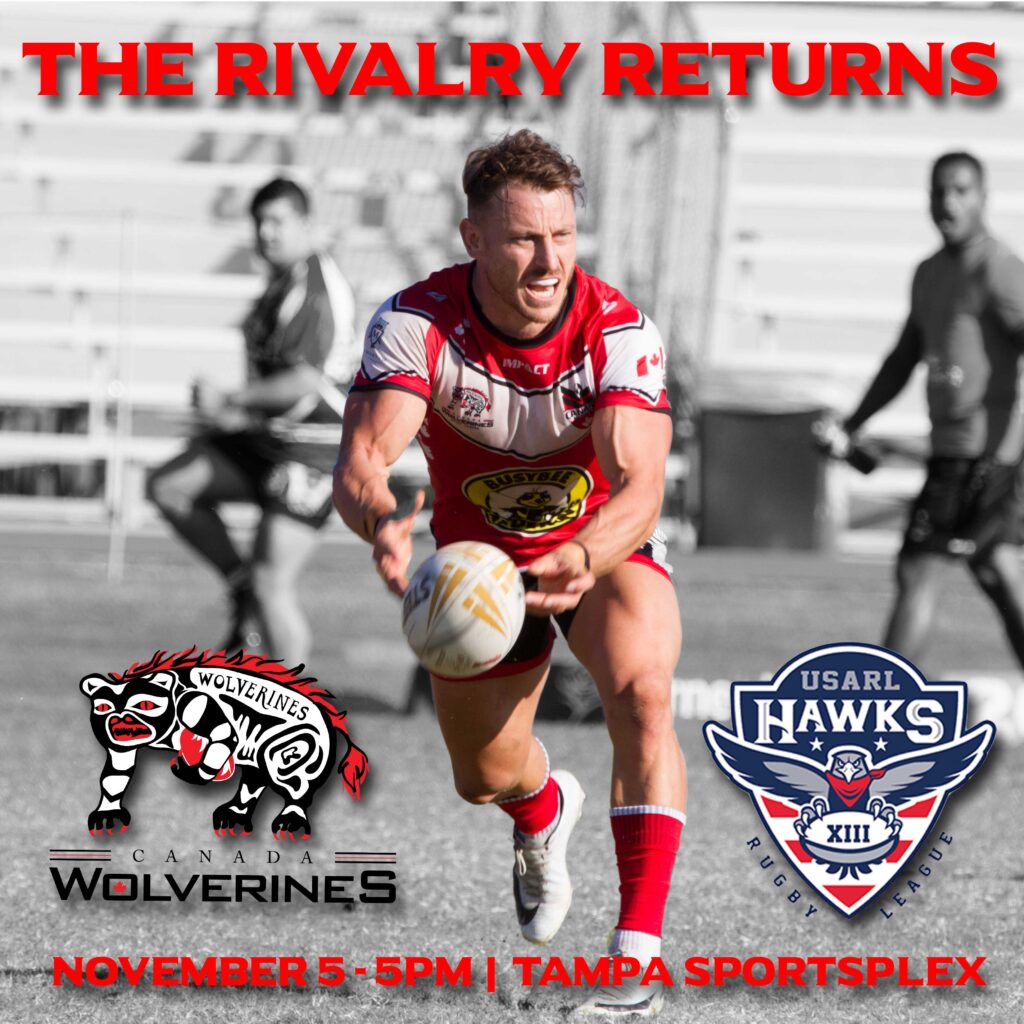 In preparation for the upcoming international against the USA on Saturday, November 5, Hawks in Tampa, Florida, the Canada Rugby League Association (CRLA) have named an 18-man, Canada Wolverines squad.

With the Wolverines not having played since their tour to Serbia in 2019 and with COVID disrupting the domestic competitions, the squad is very much about the emerging Wolverines featuring 12 debutants. It is the first step in building a team for success at next years, Americas Championship, which also doubles as the Americas Qualifiers with one of two North American spots on the line in the 2025 Rugby League World Cup in France.

Please stay tuned for details on how to watch the game live on the USA Rugby League YouTube Channel.

The Wolverines squad is: