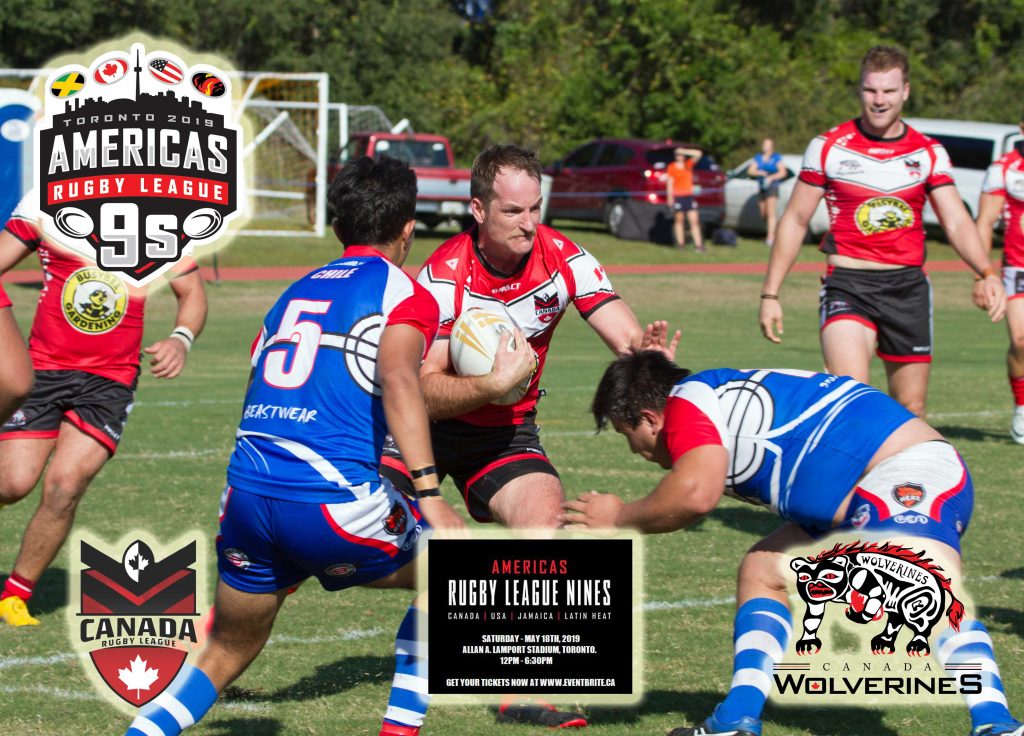 TORONTO – Team Canada has announced its roster for the national men’s team (Canada Wolverines) inaugural Americas Rugby League Nines Festival in Toronto on May 18th, 2019. Canada will host three fellow Americas teams, USA and Jamaica along with Emerging Nations side the Latin Heat.

Wolverines’ coach Benjamin Fleming, is excited for the event and promised a number of great matches for fans to enjoy. “As we grow rugby league in Canada, opportunities such as this provide important international match experience for our athletes to develop their skills on the field. The quick format of the tournament provides for high-risk, high-reward plays which challenge our athletes, while providing top notch entertainment for spectators,” Fleming added. Eddie Bilborough has been named Captain for the Wolverines in the Nines tournament.