Never before has there been so much interest from around the World on the America’s region of Rugby League!

Over the last few weeks the spotlight has been shining brightly on Canada Rugby League with some exciting announcements! Throw in a bold initiative to join the USA 2021 Rugby League World Cup bid and you can start to see why this Saturday’s Test Match between USA vs Canada in Toronto carries so much importance. Earlier on the very same day another exciting moment will be watched from afar, especially in the UK, when the Toronto Wolfpack conduct their first tryouts on the same field! Wolfpack will play in the RFL League One competition in 2017 as the first ever Professional Rugby team in Canada, in either codes of Rugby! This will all be captured in a new TV show following the tryouts around Canada & USA.

The announcements have been coming out at a rapid rate from the Canada Rugby League Association (CRLA) and the inclusion of a Canada Women’s team in the 2017 Rugby League Women’s World Cup looks like fast tracking the already fast growing sport! This now means both the USA & Canada will be involved in the 2017 World Cup! USA in the men’s and Canada in the Woman’s! This adds a lot more interest into the big decision that is due in November by the RLIF of who will be hosting the 2021 World Cup? The UK bid is still the favourite but there is a lot of support coming from Worldwide Rugby League fans who want to spread the sport further around the World and they say 2021 is the perfect “window of opportunity” with no other major sporting event being held in the Americas Region!

The future of Rugby League in North America is intertwined between Canada & USA, which makes the game this Saturday night so interesting. The concept of these two nations working together has already sparked new initiatives, such as the new America’s Championship tournament which is on the line at Lamport Stadium, Toronto this Saturday night at 7pm!  The winner not only yakes home the trophy but the inaugural title, and the loser cops a double blow as the result also goes towards the annual Colonial Cup series, used as part one of this series! Also next Friday night a joint North American team made up of Canada & USA players will compete against a South American team who is playing as “Latin Heat” in Sydney, Australia. The inaugural game, dubbed the Liberty Cup, provides great ways for North American players based in Australia to improve their game, meet others in similar situations and then hopefully bring back the skills from their experiences to share with other young players in the game!

With so much on the line Saturday’s International Test Match is not to be missed. Come out and prepare yourself for the ultimate gladitorial experience as these two fierce sporting rivals forget all about working relationships for 80 minutes. 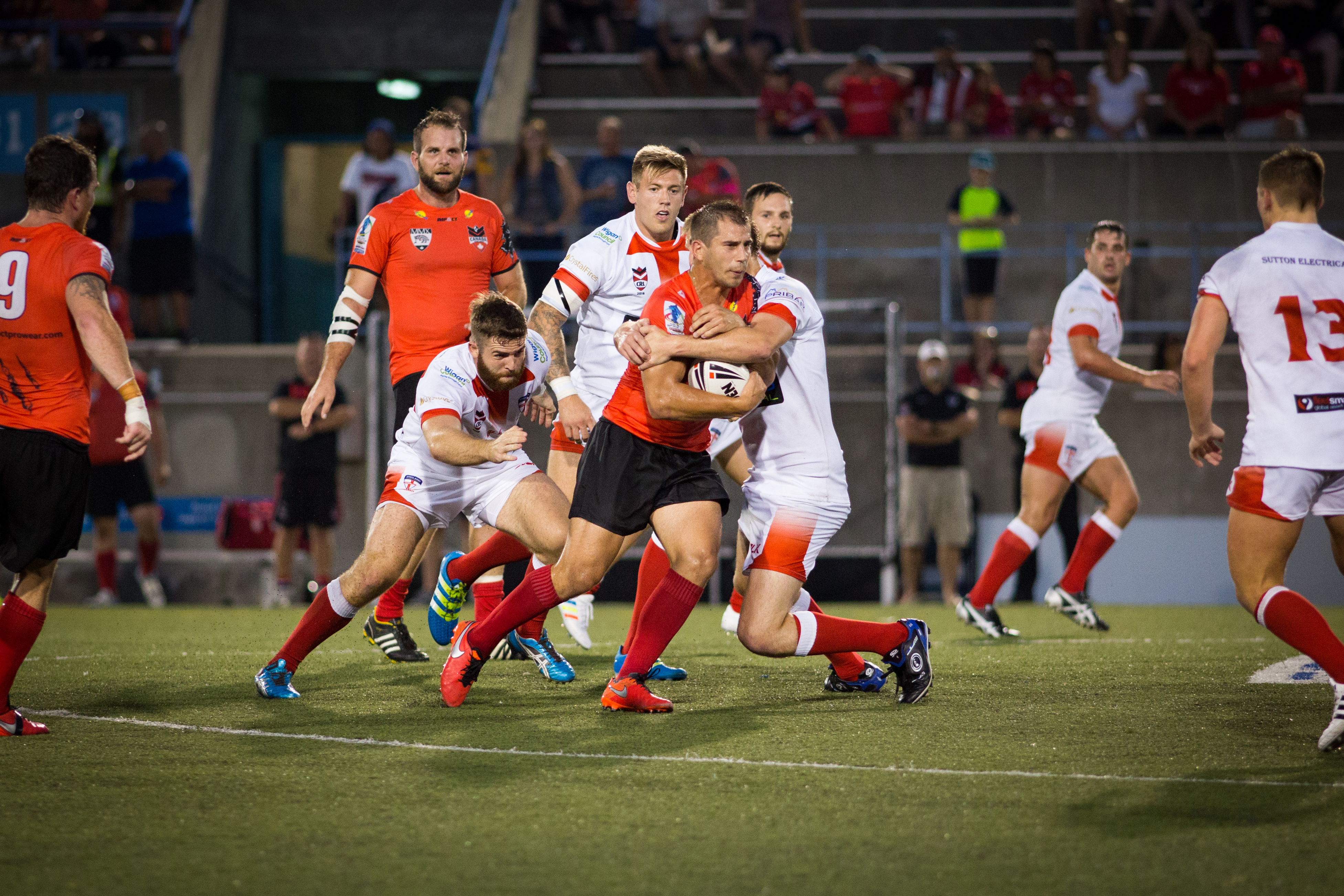