B.C. Place might find itself as a rugby league venue. Canada Rugby League confirmed Friday they’ve requested to be a bidding partner for the 2021 Rugby League World Cup. The bid is being managed by Australian outfit Moore Sports International, who see great potential in moving from a USA-only bid to a North America-wide proposal.

Canada Rugby League president Paul O’Keefe calls it a “golden door opportunity.” Other than the Super Bowl, the next major global sports event in North America won’t be until at least 2024: Los Angeles is considering an Olympics bid, but it’s not a guarantee. Events are what drive the interest of fans, he believes. “The (Canada) Sevens proved that,” he said over the phone on Friday. His citing of the “other code” is intentional as well:  the rugby league (13 a side, six tackles to score or it’s a turnover) vs. rugby union (the game most Canadians are at least slightly familiar with) debate may still rage overseas, but he hasn’t seen that animosity here in Canada. Many of CRL’s players are union players, looking for a different experience. The game will sell itself, he said. John Paul Basile, Moore Sports’s Los Angeles-based vice president, strategy business development, is of a similar mindset.“This is the place (North America) to ignite the game,” Basile, who worked previously with the NBA, said Friday. “It’s the fans who ultimately need to be fed.” North Americans love “gladiatorial-style sports,” he said, and so rugby league, with its straightforward rules, hard running and big hits, is well-set for quick adoption. And again, he doesn’t believe the league vs. union distinction will matter. The thrill of the game will. “I don’t think there’s anything more exciting,” he said. Basile, an American, has come to the game as an outsider and has been won over by the energy and ethos of the game. He also thinks about sports as a business and sees huge potential in rugby league.

The Moore Sports/USA RL bid was originally announced in early August. Adding Canada to the mix “makes sense,” he said. “Part of Canadian culture is tied to where (rugby league) started.” That means plenty of travelling fans from Down Under, O’Keefe noted. It also means there are plenty of other fans from the Commonwealth. “Look at all the Fijian fans at the Sevens,” O’Keefe said. Additionally, the next staging of the RLWC, next year in Australia, will include a Women’s World Cup as well. The 2021 bid would include a women’s section as well.

B.C. Place in Vancouver and BMO Field in Toronto would both host games, should this North American bid be chosen by at the Rugby League International Federation’s meetings in November. The only other bid in consideration is from England. Both O’Keefe and Basile see their bid’s advantage as the potential for growth. Yes, going to England would guarantee money. But rugby league’s existing footprint is small — it’s strong in the north of England and in Australia. Adding interest in North America would be a real coup for the game. 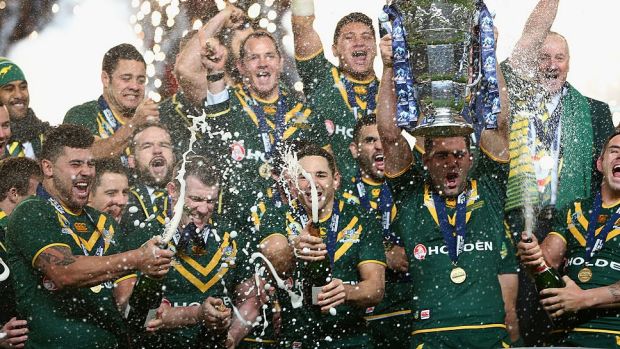