The Hills District Rugby League Club or locally known as “the Bulls” is a well-established entity with over 50 years of rich history and has produced many notable players that have played in the NRL. Noteworthy individuals include: David Williams, Jason Baitieri, Jamie Buhrer, Luke Keary, Pauli Pauli, Blake Green, Heath L’Estrange and Daniel Irvine. Barak will join the Bulls in early January to prepare for the 2017 season. With a strong relationship with the Eels there will be plenty of opportunities for the 26 year old to feature in Sydney Shield & Massey Cup games in 2017.

Barak stated “I’m just trying to go do my best, learn as much as I can and obviously have some fun”.  At 26, Barak has enjoyed many of his years in his home town of Kelowna, BC where he familiarised himself with Rugby Union before making the switch to Rugby League. 2016 was his first year in the British Columbia Rugby League and his natural abilities gained him a much-coveted debut for the Wolverines in the halves for the historic midyear clash against Fiji. “I was absolutely overwhelmed with the opportunity to play for Canada, it was an amazing opportunity and one I am very grateful for”.

The opportunity, put together by the CRLA has been designed to give natural, talented players opportunities to further their skill set and give them valuable experience. Ben Hickey, coach of the BC Bulldogs remarked, “the opportunity to play in the Parramatta district is very exciting and one in which Barak will grasp with ‘both hands’ … this year he showed he is more than capable of developing his game and this opportunity will enable him to do so. We are excited for him and equally excited to see his future contributions to Rugby League in Canada”.

As for dreams and aspirations, Barak isn’t getting ahead of himself, “I’d love to see Canada qualify for the next World Cup and if I could play a part in that I would be stoked…At this stage, I am just grateful for my opportunities and want to do myself, my friends and family and the whole of Canada proud.

We wish him all the best and eagerly await his return to the Canada Wolverines outfit! 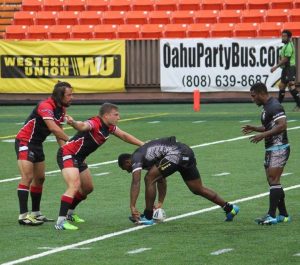 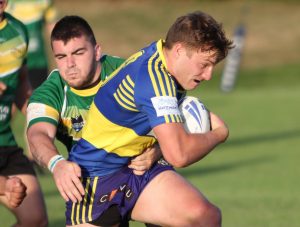 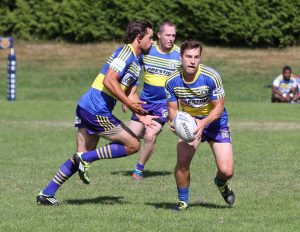