The official draw for 2017 Women’s Rugby League World Cup has been released! Tough draw for Canada, new kids on the block, as we will play both New Zealand and Australia! Our Round 2 game will also be a real test when we play against PNG. Watch for an announcement tomorrow in regards to our Women’s World Cup Squad. 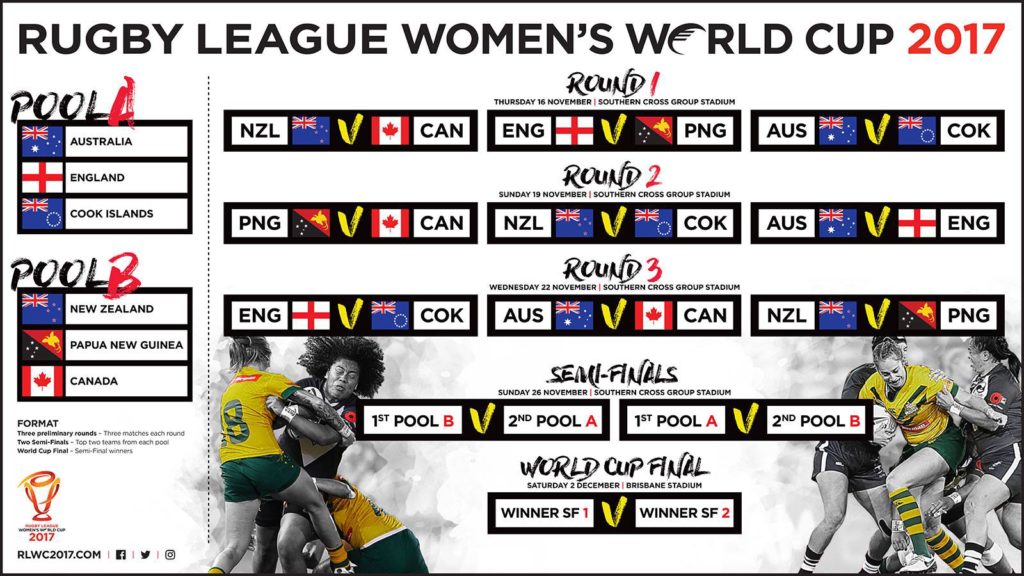